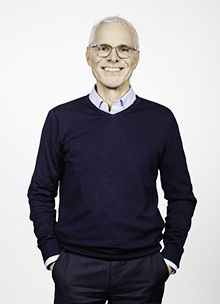 ​Dr. Michael Kummer, executive magistrate, retired, of the City of Frankfurt am Main, was admitted as an attorney on January 15, 2015 and started working for FPS on January 1, 2015.

Dr. Kummer advises clients on strategic issues arising in connection with the development of complex real estate projects. His objective is to find solutions in cooperation with project participants, taking into consideration the interests of adjacent property owners as well as public interests. He has a special interest in the revitalization or rededication of old buildings. In these areas Dr. Kummer draws on almost 40 years of practical experience.

For 25 years he first headed the Urban Planning Office and later shared responsibility for and substantially contributed to the urban development design of the City of Frankfurt am Main as director of the Building Regulatory Office. During this time period Dr. Kummer managed approximately 80,000 construction projects, among them large urban development projects and architectural landmarks, as well as smaller urban preservation projects, complex special construction projects of all kinds, the conversion of office space into apartments, and the development of the airport.

As head of the Department for the Protection and Preservation of Historic Landmarks at the Office of Science and Art of the State of Hessia, he developed restoration plans for complex cultural landmarks in the state of Hessia, participating, inter alia, in the conversion of the former Messel landfill near Darmstadt into a world heritage site. He designed the Hessian Law for the Protection of Historic Landmarks, as well as the master plan for the protection and preservation of historic landmarks in Hessia, both of which are still in effect today. As an advisor to the government he influenced the development of federal law for the benefit of cultural heritage and helped redesign laws for the protection of historic landmarks in Berlin and Hamburg. In these efforts Dr. Kummer was able to draw on the extensive practical experience he had gathered when the Hessia Office for the Preservation of Historic Landmarks was established.

Dr. Kummer lectures on the real estate business and has served on the faculties of the University of Frankfurt am Main (real estate development), the University of Kassel (construction law), and Hessischer Verwaltungsschulverband (administrative law). He is a monitor for the development of world heritage sites in Germany, and a member of the German Academy for Urban Development and State Planning (DASL) and the Association of German Architects (BDA).