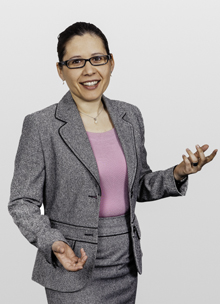 Evelyn specializes in real estate law, in particular with respect to project development including all building, planning and zoning legal matters.

Evelyn was admitted to the Frankfurt Bar in 2005 and joined FPS in 2007. Before that, she worked for the law firm Baker McKenzie (2005-2007). She studied at the Friedrich-Schiller-University Jena (1995-2001) and completed her postgraduate studies on “European Integration” at the Europa-Institut at Saarland University. In 2003, she achieved her Masters in European law (LL.M. Eur.). She was a junior lawyer at the Wiesbaden district court from 2002 until 2004 and finished her second state exam.